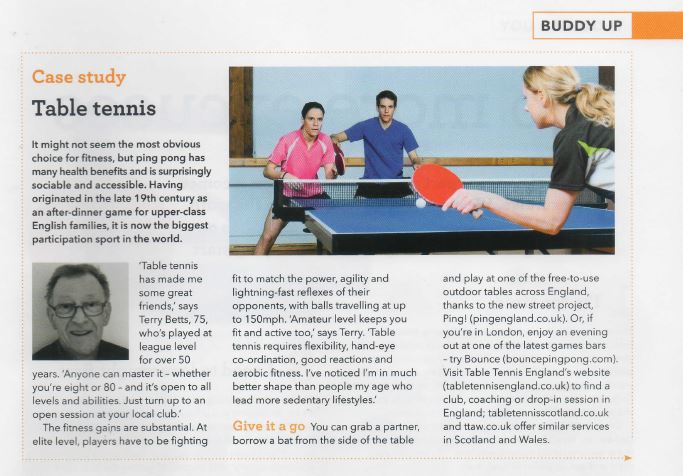 The article itself is a cut down version of one that first appeared in The Healthy Food Guide some four years ago – the food and table tennis is continuing to work well!

The Club is restarting the beginners coaching sessions in Oct. These sessions will be led by UKCC Level 3 coach Aad Kwakkelstein, and are aimed at juniors new to table tennis or who have just started playing.

For further details and to ensure a place please contact the Club Secretary. Here are the details of the full playing programme and costs.

If you have been inspired by the table tennis at the Olympics, please come along and give it a go. We always welcome new members for a free taster session.

This season we particularly want to attract young beginners to our new Fri 5:30pm session at Stowupland, we have secured the services of UKCC Level 3 coach Aad Kwakkelstein who will be running these sessions in addition to an advanced Junior session later in the evening.

Here are the details of the full playing programme and costs.

Keep it in the family 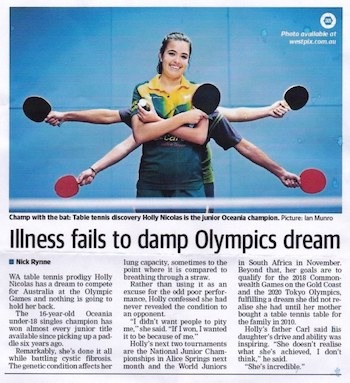 Club member Di Mitchell has obviously passed her table tennis talent on to grand daughter Holly Nicolas. Holly recently finished as silver medallist in the Australian U18 girls tournament held at Alice Springs. As a consequence Holly is now ranked No 1 in Aus at U18 level.

The newspaper cutting here shows that it’s not just her opponents that Holly has had to battle against; let’s hope she can reach her goals of representing Australia in the Commonwealth Games and Olympics. I’m sure Grandma Di would echo Holly’s father when he says “She’s incredible.”

The BSE & District League hardbat tournament was held at KEGS in Bury on Fri 6th May. There were 3 representatives from Stowmarket; Nigel Howe and Ian Bridgeman were drawn in the same group for Round one and both made it through to round 2. Chris Smith also got through the first round and then comfortably beat Martin O’Leary in the next. Round 2 was as far as Ian got, losing in 2 straight games to Dave Unwin.

Nigel reached the final by first beating Sam Taylor and then Dave Unwin to join him there Chris had a tough match against Colin Baxter which he narrowly won by 2 games to 1.

The third player to reach the final, which was played on a round-robin basis was Mark James from British Sugar. The first match was between Nigel and Mark with Nigel winning 2-0. The next match was a replay of the Club hardbat final with Nigel playing Chris. This time, however, Chris was able to avenge his defeat in the Club final by beating Nigel in a close and exciting match by 2 games to 1. In the final match, after going behind by a few points Chris was able to pull things back and ended up winning 2-0. This meant Chris was the ‘Ping Pong’ Champion and collected the cash prize, Nigel was runner-up and Mark James finished third.

The Finals of the 2016 Club Tournament took place at St Peter’s Church Hall in Stowmarket on Sat 16th April between 2 & 6pm. These were very well attended by club members and their families; Chris Smith again acted as MC all be it slightly more casually dressed this time. Trophies and chocolates were presented to the winners and runners-up by Club Chairman Lee Balaam. A full set of results can be found in the results file.

Finally the Club would like to thank Bob Watts for acting as Umpire for all the matches, and all those that contributed snacks.

The Finals of the 2016 Club Tournament takes place at St Peter’s Church Hall in Stowmarket on Sat 16th April from 2 – 6pm. Qualifying rounds have been in progress for the last 3 weeks. All members and their families are welcome to come and watch the Finals, there is no charge for this but we would like to invite donations of cake, biscuits or other light snacks. Please let a committee member know if you intend bringing anything.

The Suffolk Schools individual table tennis championships took place at Stowupland on Sun 24th Jan.
There were 81 entrants representing 37 different schools who took part in U11, U13, U16 and U19 events.

The event medallists are shown below with Club members in italics 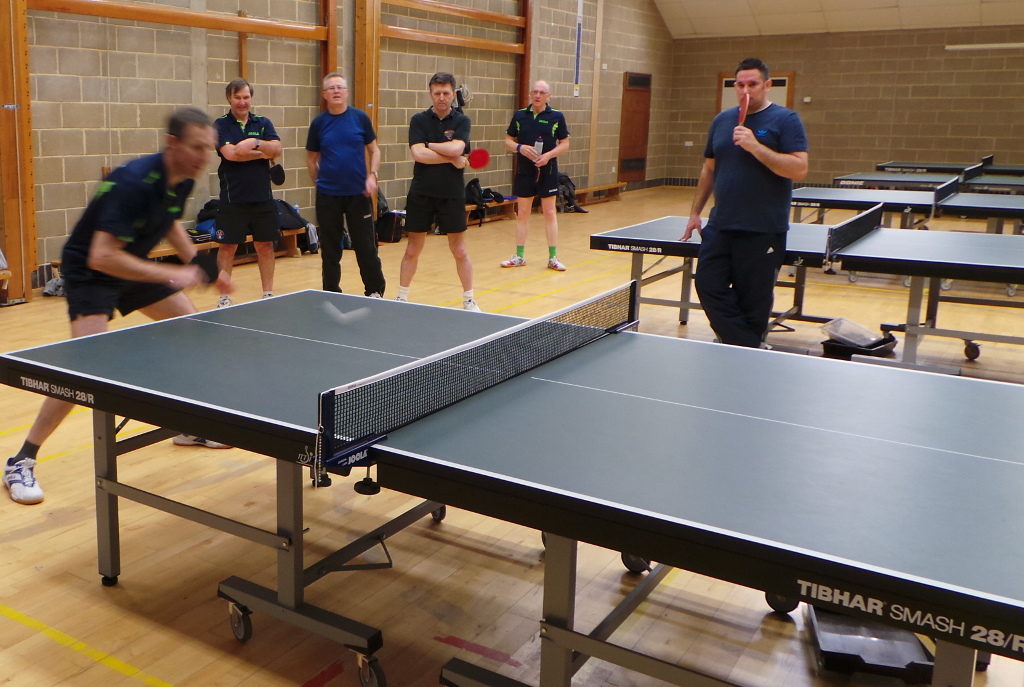 UKCC Level 2 Coach Stuart Laws visited the Club on Jan 17th to lead an adult coaching session. The session was attended by 8 more mature Club members keen to improve their game. Stuart led a warm-up followed by some different drills, service and return practice and finally ending with a useful discussion on match tactics.

Normally the emphasis is on Junior development so it was a pleasant change to do something aimed at adults. Everyone attending said how much they enjoyed it and looked forward to another session in the not too distant future

There are some more photos in the gallery